Giovanni Boldini painted Marthe de Florian at the age of twenty-four in 1888. He was described in a 1933 article in Time Magazine as the “master of swish.”

The painting of Marthe de Florian certainly involves a certain amount of ‘swish.’ But who was Boldini? You could be forgiven for not having heard of him- although he had a colourful career.

Boldini was born in Ferrara, Italy, on December 31st, 1842. His father was a painter of religious subjects and Giovanni Boldini, in turn, went to Florence to study painting in 1862. He did paint landscapes and was influenced by realist artists, which he demonstrates in his responses to nature, but he was best known for his portraits. 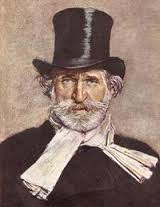 Boldini moved to London, where he became a successful portraitist, then lived in Paris from 1872, becoming the most fashionable portrait painter in Paris in the late nineteenth century. He was a friend of Degas’ and was influenced by the Impressionists- although there is a clarity to Boldini’s work that is more reminiscent of the style of John Singer Sargent. He was not a pure Impressionist.

Boldini had an illustrious career in Paris. He received the Legion d’Honneur for his appointment as the commissioner for the Italian section of the Paris Exposition in 1889, and painted over one hundred and twenty portraits, including portraits of aristocracy and celebrities alike- including Sarah Bernhardt, Giuseppe Verdi and Princess Anastasia of Greece.

Boldini’s portrait of Marthe de Florian was discovered in 2010. The portrait had never been listed or exhibited, but a love letter from Boldini to Marthe and a reference to the painting in Boldini’s late wife’s memoirs attested to the provenance of the work.

Fascinatingly, a full length portrait of Marthe in a less provocative pose hangs in the New Orleans Museum of Art.

His body of work is impressive, and it strikes me that he seemed able to adapt his style to suit his subject. Having looked closely at every one of the portraits, Marthe’s is extraordinary- sensual, fleeting, capturing the essence of the demimonde.

Boldini died in Paris in 1931. Why Marthe kept his painting unsigned and un-exhibited is anyone’s guess.