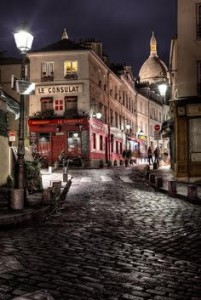 Les Courtesans were celebrities during Paris’ Belle Époque. Their taste dictated fashion, they were the ultimate Parisian women and yet they were the trophy companions of powerful men. Courtesans held great power themselves, and yet, in many ways they did not. The duality of their role was extraordinary- these were les demimondaines, the courtesans of Paris.

The courtesans lived in a world of satin and corsets. They were on stage in the music halls of Montmartre- places such as the Folies Bergere and the Olympia. They rode in the Bois de Boulogne, were seen at the races, in theatres, at cafes, and at restaurants such as Maxims and Café Riche Plume.

They lived mostly on the Right Bank- receiving the press at home. They endorsed perfumes, couturiers and cars. They chose their lovers, and even to the crowned heads of Europe, they imposed their prices, in return, requiring diamonds, mansions, carriages…apartments.

Today, they would no doubt be avid users of social media. 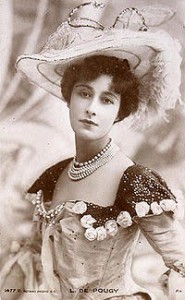 Where the courtesan led, the smart set followed. They went to the opera on Mondays, enjoying supper at the same restaurants as the aristocracy. They were as close to the aristocracy as possible, but no respectable woman would admit to acknowledging the existence of some of the places that the courtesan frequented- the nightclubs of Montmartre, Maxims, and so on.

But it was far from an easy life. Many young girls aspired to become courtesans, but most ended up in bitter poverty, cast off by spendthrift protectors.

The discovery of Marthe de Florian’s apartment in Paris was more than important. The secret world of the Parisian courtesan has all but been lost.