I find every aspect of writing a novel most enjoyable, but carrying out research is an especially pleasing part of my work. When researching The House By The Lake, I became utterly drawn into life in 1930’s Germany.

Of course, for the majority of the population, things were simply tough. The great depression, the fallout from the First World War, unimaginably high unemployment rates, social unrest, terrible hunger and the rise of Fascism underpinned every aspect of these peoples’ lives- but I was fascinated to read the memoirs of a woman who grew up in the countryside during this period, seeing how the family maintained their old traditions, while the threat of war loomed and the incredible restrictions of Nazism overshadowed their lives. 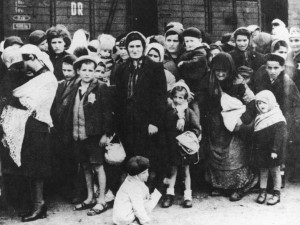 I became drawn into the idea of a family in the countryside trying to keep their family life afloat while the country was collapsing around them- and I was interested in the overarching role of Nazism, particularly the question that loomed over the characters- what were they supposed to do in the face of such dramatic political activity in their country?

This question was stoked by a visit to Berlin last year, in which I became intrigued as to what explanations there could be for adhering to the Nazi’s regime, and what you would do if you were faced with the resultant terrible dilemmas and often impossible decisions that ensued.

This is played out in The House By The Lake.